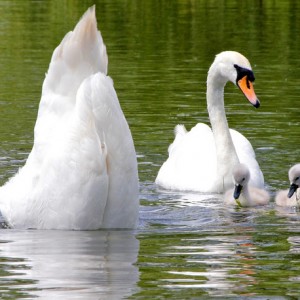 In a November 2014 piece from Psychology Today, the experience of “friend divorce” is dealt with in part. PT notes that friends may end up divorcing you because they “may feel uncomfortable taking sides, may see a new divorcee as a threat, or your divorce may make them feel uncomfortable about their own marriages.”

Yes, it’s unfortunate but true. Some of the people you call your friends before the divorce won’t necessarily be there after. Some of the reasons they go may be entirely on them; some may be your doing. We’ll now look at a few of the most common as well as the main reason you shouldn’t sweat it. Let’s get started!

1. They were always your ‘adopted friend.’

If you inherited a friend from your spouse going into the marriage, the chances aren’t very good that they’ll stick around after the divorce papers are final. That said, it is possible, but don’t try to force it. In all things, be true to who you are, and if they still want to be a part of your life, they will be.

2. Your friends may divorce you because they’re aware of the statistics.

Divorce does tend to have a contagious effect. In other words, when you are friends with a couple that gets a divorce, statistics show you’re more likely to get one as well. If your friends are concerned about this, then you may notice they retreat from both you and your ex and start hanging out more with couples that have stable marriages.

3. They may divorce you because you’re not handling the breakup constructively.

If you’re making negative life decisions that can have a destructive impact on yourself and/or the people around you, then it’s not uncommon for friends to give up on you. While there is no reason for you to sweat it on some of these, you should be cautious here just for your own health and safety. If they have good reason to think you’re on the path to destruction, then you should be concerned about it as well.

4. Friends may divorce you because you’re really their ‘frienemy.’

As Psychology Today notes, some friends my divorce you because they look at you as a threat. This often happens in cases of infidelity where you are the person, who had the affair. People assign a lot of value to marriage, and traditional thinking believes that if you would be willing to betray your spouse, then a friend wouldn’t be off-limits either.

If your friends divorce you, try to be mindful about why, but don’t sweat it too much because as you can see from the above examples, it’s not always about you. Sometimes it’s about them. The good thing is that you have your life ahead of you, and those who do stick around are your “true” friends, which means you have one heck of a support unit to get you over the hump. If you’re divorced, did you lose any friends? If so, how?