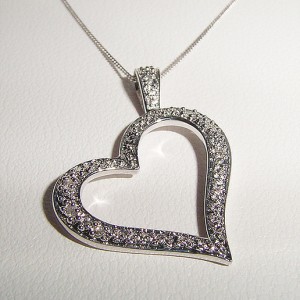 The old saying “time heals a broken heart” may be one of the most annoying things that you hear when you first get out of a marriage, and now a new study sheds light on why that may be.

The research, conducted by researchers with the University of Aberdeen in the United Kingdom, looked at 26 patients with confirmed “broken heart syndrome” and found that time did nothing to stave off the effects of their loss.

The syndrome, known scientifically as tako-tsubo cardiomyopathy or stress-induced cardiomyopathy, “is an acute heart condition typically brought on by an episode of intense emotional stress, such as the death of a loved one, job loss or a divorce,” Huffington Post reports, adding that because its symptoms “may include shortness of breath and chest pain, it is sometimes mistaken for a heart attack.”

The effects of this condition were long thought to be temporary but the researchers findings are now causing a second review.

In the study, each of the 26 individuals were tested on their heart function for four months “using more sophisticated imaging tools” than what is considered typical.

“The usual test for heart function is an echocardiogram (Echo) test, and when we conduct this, it shows that the heart is back to normal,” study researcher Dr. Dana Dawson, senior lecturer in cardiovascular medicine at the University of Aberdeen, explained in a university press release. “However, when talking to the patients, they report that they are still not feeling themselves, cannot take part in strenuous activity and many have been unable to return to work.”

While patients’ hearts had recovered slightly in the four months they were still abnormally swollen at the end.

“The general belief was this condition was recovering itself very rapidly, but this was obviously not the case when we investigated in greater detail,” Dawson said in the press release. “The heart muscle becomes like a sponge when it has absorbed water and it swells significantly … We also observed that the ability of the heart to generate the energy it needs to produce a pumping action was very much reduced.”

Did you know there was a “broken heart syndrome,” and how easy have you found it to heal from a breakup? Sound off in our comments section.