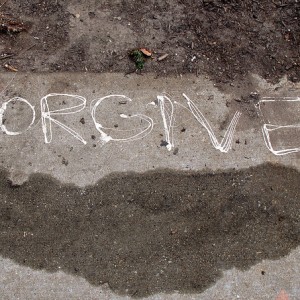 Michele Weiner-Davis, in her much talked-about examination of infidelity for Huffington Post, has one particular piece of advice that really leapt from the screen for me. From the piece:

“When there has been infidelity, people just don’t forget about it. In fact, they don’t ever forget it. What does happen is that memories of the discovery and the pain tend to fade. The thoughts about betrayal become less frequent and less intense over time. In fact, people should NOT forget because we all learn from our experiences, both good and bad. … And although people don’t forget betrayal or affairs, forgiveness is still mandatory — not to let the unfaithful person off the hook, but because holding a grudge shackles people to the past. It is bad for one’s health, both emotionally and physically. There is no intimacy when there are grudges. Life is painful because there is a wall separating people. When betrayed spouses allow themselves to have feelings of forgiveness, life lightens up. It is freeing. Love begins to flow again. Letting go of the past begins to make room for happiness in the present. Forgiveness isn’t meant for the unfaithful, it is a gift betrayed spouses give themselves.”

While much of what Weiner-Davis had to say about infidelity and the betrayed spouse’s role in it has been trashed by commenters as being too forgiving of unfaithful spouses, this particular nugget holds true.

Forgiveness isn’t an act of contrition that you perform to let the other person know they have defeated you. It isn’t something you resign yourself to in order to allow the other person to go on treating you as they please.

It is an act that is selfishly and wonderfully designed for you. It is something you grant yourself so that you can get on with the business of healing and living the life that you deserve instead of the one to which you’ve been chained.

If you’ve been cheated on in a marriage, how long did it take you to forgive? Or have you forgiven? If not, why are you holding on? Sound off in the comments section below.