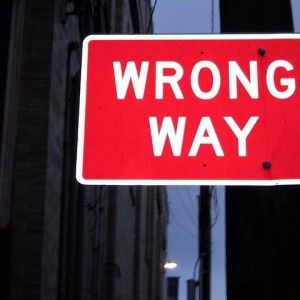 Whenever two people get a divorce, at least one of them sets about making something of themselves with the wrong set of motives. For example, if you were carrying extra weight prior to the divorce, you may want to lose weight, add muscle, or both, just to “show” them what they’re missing out on.

In a recent article for Huffington Post, contributor Laura Lifshitz believes “there’s nothing wrong with wanting to make your ex just a wee bit jealous that he or she missed out on all of that fabulousness!”

It poses the question: if you are making good health and career choices to spite your ex, does it really matter? After all, when successful, you’re living with an improved lifestyle, right?

Making post-divorce improvements is a great thing, but if you’re doing it for the wrong reasons — namely as revenge on your spouse — you’re failing in a few different ways. And these ways can have serious long-term negative impacts on your life.

1. Relationship-wise: You’ve made tons of “great” changes and you’re ready to enter into a new relationship. But you did it all to spite your ex. What that really means is that you’re still hung up on them, and your new partner is just one more “weapon” in this war. Eventually, that will come out, and it won’t be pretty. If your partner believes that you’re still hung up on your ex, it can unravel all the good that you believe has come from your relationship.

2. Health-wise: You’ve lost weight and you exercise every day, but it’s all in an effort to get your ex to “notice” you. Well, what happens when they don’t care? Often times, people give up and regress to their old way of doing things because they’re motivated by revenge instead of healthy living.

3. Career-wise: You now have a job making more money than you ever dreamed of because she always commented on what a poor provider you were and left for someone who wasn’t. You let that motivate you to take a job or pursue a career path that you didn’t really like, and now you feel trapped by the paycheck.

Clearly, making changes for the wrong reasons can have unforeseen negative impacts. So before you do undertake a plan of improvement, make sure the improvements you’re making are ones you really want.