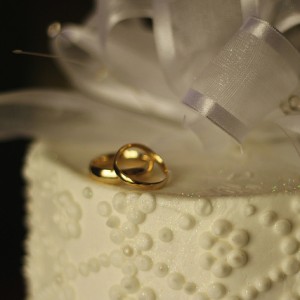 Attorneys may not be the first people you turn to for relationship advice, but you shouldn’t be surprised at just how capable they are of dispensing it. After all, many of them see what goes wrong in relationships every single day as they represent people looking to break free from their partners. MSN recently spoke to a number of attorneys, who shared what they see most often. Their comments can be boiled down to seven key insights, which include the following:

Keep trying to impress one another.

Don’t hold each other to unrealistic standards of perfection.

Be on the “same team,” or have mutual goals and face challenges together.

But the one that stood out most is one that many people don’t want to admit when they first tie the knot. So when it comes to pass, they think there is something about their marriage that’s unfixable. That tip: know that you’re not always going to be happy.

“If both people remember that pain in a relationship can produce great people and a great marriage, then the crisis can be a new beginning,” said Arkady Bukh, a partner with Bukh Global Law Firm.

Unfortunately, many people who think they’re ready for marriage have this fantasy that there won’t be times when they get really mad at their partner or fail to connect. These are common lulls that most marriages — yes, even the healthy ones — go through. The romantic-comedy culture we live in, however, promotes a world where two people in a couple are always young, sexy, and fun. They often don’t sell the tough parts of a relationship, and too many people don’t do enough research of their own to know what lies ahead. When the storms do start to rage, it’s easier to break up and repeat the cycle. (Until that next relationship inevitably fails as well.)

By knowing how tough a marriage can be going in, you can actually do something about it. For example, talk to people you know whose marriages you respect. Ask them about how they deal with arguments and disagreements. Relish every piece of advice you receive, and take it to heart. By doing your research beforehand, this article — and the one at MSN — may be as close as you get to an attorney’s office.