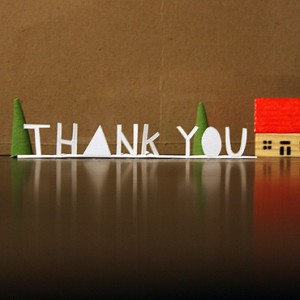 A lot can be told about a relationship from the quality of gifts that the two parties get for one another on birthdays and Christmases. It’s not an issue of materialism but how well the parties know one another. How much they’re paying attention, in other words. A recent post on reddit posed the question: what is the worst gift your boyfriend/girlfriend or husband/wife ever got you? Here were some of the most epic responses.

1. “Nothing, because he forgot my birthday.”

2. “A SMALL hot pink cardigan. Now I’m a dude that wears at least size XL. I’m not sure what she was thinking at the time.”

3. “My uncle gave my aunt a chainsaw for Christmas. There were close to 50 people at his house for a family brunch. She burst into tears. He didn’t understand why she was crying. Apparently, they needed a new chainsaw.”

4. “Anne Frank’s diary with a ‘Buy One Get One Free!’ sticker on it. He said we could read it together. Nope.”

5. “For Christmas last year, my ex-boyfriend’s family all gave me cook books. I had 9 cook books in total from them. I guess they were trying to tell me something.”

8. “This isn’t about an ex, but the first Christmas I was with my boyfriend, I got him a pack of peanut M&Ms and a cheap scarf. I had nooo idea what to get him, and that’s what I ended up with. Felt bad too, because he got me a really nice teapot.

“He was a really good sport about the whole thing though, and I got him some video games I’d completely forgotten he’d been wanting a week or so later.

“I did much better the next year, but we knew each other much better.”

9. “My ex-fiance gave me a Green Bay Packers shirt that was several sizes too small for me for Xmas. I gave her diamond earrings and an Ipod. All she gave me was that shirt. I’m a Lions fan. We are no longer engaged and I’ve been losing weight to fit into that shirt ever since.”

10. “My ex bf forgot my birthday and when he remembered took me to Dairy Queen because he didn’t have money and I was paying all the bills. He had money to buy 6 cans of dip (chewing tobacco) the next morning though. No card, nothing.”

What are some of the worst presents an ex has ever gotten you? Sound off in our comments section.