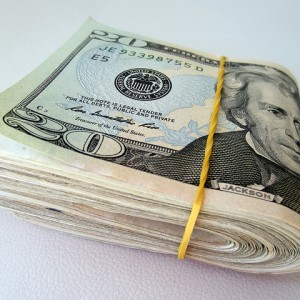 Alimony can seem unfair to the person paying it, and while it’s true that ex-wives often end up on the receiving end, the ruling can go either way. Recently a disgruntled reddit user asked how the sexes could be equal if men had to keep paying their wives alimony. This opened up some lively and eye-opening discussion on the truth about the practice. Here are four alimony statements that should open one’s eyes to the reality of it all.

1. “It’s whoever has more money. My … cousin has alimony paid to him by his ex-wives because he’s a deadbeat with no job who still managed to charm … a rich woman.”

2. “Marriage is a contract, an agreement. Stay at home wives/husbands do household chores in exchange for their partner bringing in the income. Household chores are not “nothing”, and when you have an understanding and contract for 30 years, it’s a bit harsh to toss someone out on the street to fend for themselves without any work skills or experience. I’m not saying that their divorced partner should be forced to pay for their continued existence forever — but alimony at least while that person trains and obtains the work skills necessary for him/her to survive is not unreasonable.”

3. “My mother quit school to work and pay for my Dad’s schooling. Then she started having kids and since my father had a well paying job thanks to that education she stayed home and raised the 6 of us. If my parents had gotten a divorce my mother would have had no work skills because of the sacrifice she made for my father. It would not have been because she was lazy or incapable but because of a decision made in a partnership. It would have been right for him to compensate her for that loss since the partnership no longer existed, perhaps not forever but until she got schooling or a job that she could support herself with. I think alimony should be decided on a case by case basis. Despite the changing world there are still women out there and even some men that sacrifice skills/jobs/careers for their partners and could end up very financially disadvantaged by a breakup. Though this alimony shouldn’t cause the payer to become financially ruined. I saw this happen with my uncle and it is beyond sad.”

4. “This happened with my parents. They were married 29 years. Mom never worked and when they separated she was completely lost. Who would want to hire a 50 year old woman with no experience and no marketable skills? She didn’t even know how to handle an interview. She was completely overwhelmed. My dad paid her alimony and she used it to pay bills while attending a vocational school. Now she is in her mid-50s and makes little more than minimum wage, but is supporting herself with no assistance.”

Do you see the need for alimony? Should it be temporary or permanent or taken on a case-by-case basis? Sound off in our comments section.