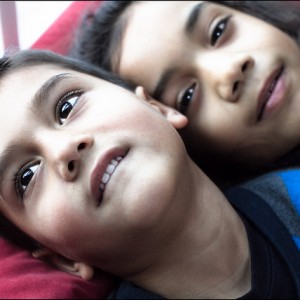 If you’ve ever felt guilty that your children had to split their time between you and your ex, we’ve got good news. A new study suggests that your fears are unfounded.

According to the new research, children “suffer less stress if they spend time living with both parents,” CBS Washington reports.

Researchers looked at psychosomatic symptoms shown in the children of divorce and directly challenge and contradict the long-held belief that such children experience “lack of stability” when moving from parent to parent.

“Child experts and people in general assumed that these children should be more stressed,” Malin Bergström, PhD, researcher at the Centre for Health Equity Studies in Stockholm, said. “But this study opposes a major concern that this should not be good for children.”

The study centered on a sizable sample of 150,000 Swedish children from ages 12-15. The research team evaluated each based on “psychosomatic health problems, including sleep problems, concentration difficulty, decreased appetite, headaches, stomachaches and feelings of tension, sadness and dizziness,” the CBS affiliate notes.

“Children will do best if they know that their mother and father will still be their parents and remain involved with them even though the marriage is ending and the parents won’t live together,” notes the American Academy of Child and Adolescent Psychiatry.

If you and your spouse have created a positive environment for your children in their two separate homes, here are some things you can do to get the best results.

Anyone out there going through this situation now? What are some things you’ve done to keep your children properly adjusted? Sound off in the comments section below!