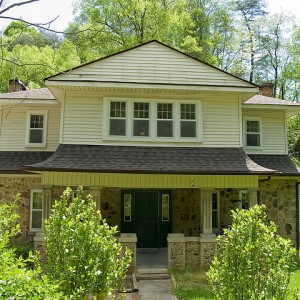 One of the biggest regrets that I have about how I handled my divorce — probably the ONLY regret — is that I didn’t fight for the house we shared harder. At the time of the breakup, I was too hurt and figured the memories would be much too difficult to confront and be reminded of on a day-to-day basis. However, in time, I realized what a mistake this was. Here are some reasons you shouldn’t make the same mistake.

Your house is already established at the time of the divorce. Yes, there are old memories inside that could be painful, but you’d be surprised how quickly old memories can be washed away by new ones (and a little time). Divorce is already stressful enough. When you uproot yourself, you have to throw moving on top of everything else.

2. Because it means you won’t be trying to find a place to live with post-divorce credit.

Post-divorce credit is inevitably worse than pre-divorce credit, and that can make finding another home of equal or better value difficult. That means you could be comparatively “slumming” it for a while as you work to save money and re-establish a strong credit score.

3. Because, if you’re the custodial parent, it allows for a smoother transition on the children.

If you have custody of the kids — primary custody anyway — then staying in the house can make the “getting over it” period go more smoothly since the child(ren) will not have to uproot themselves on top of everything else. And while the memories can be difficult to process when Mom and Dad are newly divorced, it can be much scarier when the physical place where they derived stability is gone as well.

4. Because it may be tougher to afford a house if you end up paying alimony or child support.

Yes, alimony and child support can and often do happen at the same time, but even with just one of these additional financial burdens, it can greatly diminish your ability to afford a house similar to the one you own now.

Did you fight for your home during the divorce? What was the outcome? Would you do it again? Sound off in the comments section below.