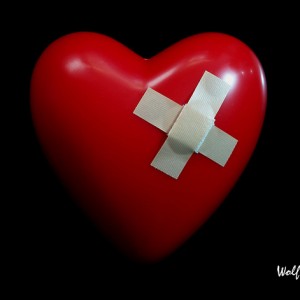 Healing from a divorce is quite tricky because of the nature of healing itself. Think about a cut. At first, it bleeds and bothers you somewhat intensely. Then, it starts to scab over, indicating the process of healing has begun. Next, you pick off the scab and it bleeds some more. This process might be repeated a two or more times before the cut is gone for good, but the scar remains.

What you’re going through now, or are about to go through, or have just recently gone through, are no different. The most pain you feel will be in the beginning. Then you’ll think you’re over it. Then something will happen to show you you’re not — at least not entirely. Then you’ll be over it, but there will still be some issues that remind you of the pain. It won’t bother you as much, but it’ll still be there influencing your world view.

So how do you know if you’re EVER truly healed?

1. You’ve forgiven your ex even if they didn’t ask for it. Forgiveness is one of the most important tools for getting over a contentious divorce, because it’s you saying, “No more.” You will no longer be dragged through the emotional mud of harboring hate and envy and rage. The forgiveness you grant doesn’t mean you’ll be buddy-buddy with your ex or even that you’ll ever talk to them again, but it does mean you won’t allow their actions to color your mood and outlook on life.

2. You’ve forgiven yourself. You are aware of how the person you were then might have caused marital problems or at least helped your marriage along to its eventual destruction, and you are proud of how far you’ve come. You don’t hide from personal responsibility but embrace it, and you no longer blame yourself because you see the growth that has happened within.

3. The past seems like another life. This is an extension to some degree of number two, but it warrants its own place in this list. That’s because now you see there is no longer anything to forgive. Life is happening, and you’re in the thick of it, and you just don’t have time to dredge up bad memories. You’re focused on today and tomorrow instead of the things you can no longer control.

Looking at this list, have you healed from divorce. Share your stories with us in the comments section.