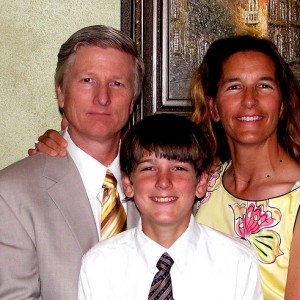 The nuclear family used to be what people thought of when they heard the word “family.” Mom, Dad, and maybe a kid or two. Throughout the 1960s, it became known as the “Leave It To Beaver” standard.

But now that standard is no more.

According to a new study, 54 percent of children are no longer in a house with two heterosexual parents in their first marriage, Huffington Post reports.

“It’s important to keep in mind that what many define as ‘traditional’ is based on a 1950s-style family,” said Gretchen Livingston, Senior Researcher at Pew and author of the study. “But in many ways, the 1950s and early 1960s were an anomaly, especially in terms of the fact that people were marrying quite young and also having relatively large families.”

With 46 percent of children still in the “traditional” family role, it’s a bit too early to say the nuclear family is dead, but it has certainly receded due to an increase in divorce and other cultural changes.

In fact, in 1960 the amount of children in the so-called “traditional” family sat at 73 percent. That number has fallen almost 30 percent over the course of a 54-year span.

As a parent who may no longer be in this nuclear family situation, it’s important to keep a few things in mind:

1. You must parent from where you are.

If you always wanted the nuclear family and now you don’t have it, don’t look at yourself as a failure. Your kids are still your kids, and you can raise them to be respectable adults no matter what. It just takes a willingness to capitalize on your strengths, acknowledge your weaknesses, and be there for them when they need you.

2. The stigma of “the broken home” no longer qualifies.

Since most families are no longer nuclear families, children are more likely to encounter kids in the same or similar situation. While groups used to speak about them in hushed tones, they are more “the norm” now than children whose mothers and fathers have no previous marriages.

Do you think the “fall” of the nuclear family is cause for concern? Sound off in our comments section.