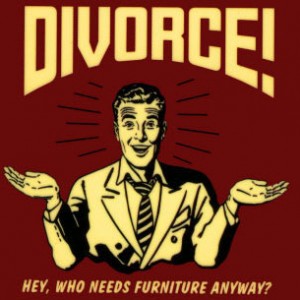 Divorce is rampant across the U.S., particularly in southern states where people are often encouraged to marry young for religious reasons. But even in a sea of negative numbers, you can find some parts of the country that shine — particularly a little state called Iowa.

Iowa, the Centers for Disease Control (CDC) notes, has the lowest divorce rate in the country. It reports an overall rate of 2.4 divorces per 1,000 population, a match of the lowest in the 15 years of history provided by the government body.

How to keep your marriage from becoming one of the stats

While the CDC knows who does marriage the best, they’re not sure why Iowa is able to master this marriage thing. For that, it’s best to rely on good old-fashioned common sense.

1. If you never stop dating each other, you have a better chance of survival.

2. If you are both equally committed to the same things — religion, lifestyle choices, personal beliefs — you have better odds.

4. If you act as a team on parenting styles and don’t allow your children to play one against the other, you’re more likely to make it.

5. If you don’t avoid arguments but approach them in a respectable and diplomatic way, then marriage will last however long that you want it to.

What do you think is the reason states like Iowa are so good at marriage while states like Nevada are so bad? Sound off in the comments section.