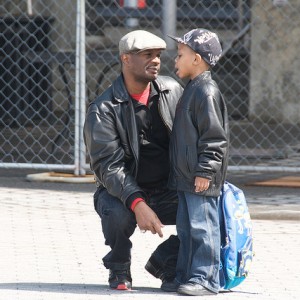 Advice columnist Amy Dickinson was recently approached by a distraught dad, who did not have a good relationship with his ex-wife and her new husband. According to the letter writer, he’d been forced to “stand up” to the stepfather on behalf of his two daughters, and said that the girls would be graduating high school soon, and that her mother and stepfather were planning a graduation party to which he would not be invited.

That didn’t sit well with the daughters, and so they started thinking about throwing a party of their own — with their dad’s help — and not inviting the mom and stepfather.

Dickinson dispensed some hard advice, but nevertheless, it’s good advice, and it exemplifies the type of attitude that you need to have with your ex when trying to co-parent amid a particularly combative relationship.

Here’s what she had to say.

“DEAR ALL ABOUT: Though I think you should be proud of your kids for advocating for you, I don’t think they should be encouraged to throw a competing graduation party that is basically the mirror image of the party being hosted at home — complete with the exclusion of parents. … You should convey that, though you would like to be included in this party, you can’t control their mother and stepfather. The parents can plan whatever party they want; the girls can then decide whether to attend. I believe that if you do choose to host a graduation party, you should not hold it the same day. Also, let the daughters know that their mother and stepfather would be invited.”

Writing for an online divorce site, I know some of you going through contentious situations may have almost blown a gasket reading that part about letting the daughters know their mom and stepfather would be invited, especially when thinking about all the things your ex might have put you through. But for the kids’ sake, the advice is spot-on.

By “taking the high road” and not resorting to the same tactics as your ex, you’re giving your kids a positive example they can emulate. You’re also cutting off additional conflicts and arguments before they escalate. It may be desirous to fight fire with fire, but all it really does is poison the well, meaning there’s a good chance that even if the kids are on your side now, they may one day look back and blame you for using them as a weapon.