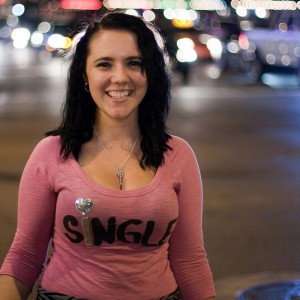 When you get out of a bad marriage, you may want to rush back out onto the dating scene and get the ball rolling on the rest of your life. It is an exciting time where you get to redefine what you look for in a mate and feel all the same nervous jitters that come with an early relationship. But it’s also a time when you could end up “settling.”

Settling is often looked at in a negative light as if to say, “I could do much better but I’ll just play the hand I’m dealt.” But Jackie Pilossoph of the Divorced Girl Smiling blog has another take.

“In my opinion, everyone settles. I don’t say that in a bad way. On the contrary, I think settling is a good thing, as it is the result of the person taking a leap. Settling is a form of acceptance. See, when someone is dating, even from the beginning, they take note in their head of things they can’t or don’t want to live with. Maybe the person you are dating has an obsession with Tic-Tacs and little plastic containers can be found all around the house at any time. That’s probably something easy to take. Or, maybe he or she is a complete slob, with piles of dirty laundry on the floor and a sink full of dishes being the norm. That might be on the list of more concerning issues.

“When settling becomes a really bad thing is when someone is willing to get married even though they know their spouse is exhibiting unacceptable behavior: things like addictions, mental abuse, or cheating.”

Pilossoph’s words are welcome to the dating after divorce discussion because they essentially give you permission to buck a stigma and take a plunge. People feel too inhibited after their divorces are final because they don’t want to be hurt again. That’s understandable.

But when you realize there is good settling and bad settling, you can feel a little more free to make decisions that can have a positive impact on your life. Just know the difference between the two, and make the right choice.