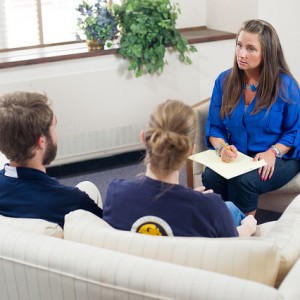 There is one thing that separates successful couples from those destined for a breakup. It isn’t love, and it isn’t sex, but rather communication. How couples communicate will set the course for every other aspect of their relationship and ultimately determine whether the participants can stay together. If you’re wondering what it takes to communicate the way that successful couples do, read on.

Firstly, they know when not to speak.

It’s common to want to keep the conversation moving even if there is nothing to say, especially in the early stages of a relationship. Silence breeds awkwardness, goes the thinking, and if things are awkward, then they’re not going very well. As you grow into your relationship, though, you’ll start to learn the other person, and in that education, you’ll learn when the time for words is, and when it isn’t. Embrace those moments. If the awkwardness is still there, then something could be wrong with how you communicate. If you’re both fine with it, then just accept it.

Just because there are moments when you don’t speak, that doesn’t mean you should allow days to go by without communicating in some significant way. Even if it’s something as simple as putting the phones in another room and talking about each others’ days, some conversation time can go a long way in making you both feel more secure about the relationship.

Thirdly, they don’t beat around the bush.

While some people may think it best to wait for their partner to figure out what they’re thinking, the far healthier course of action is to be direct, open, and honest about the issues that arise in your life or those that exist between you. Don’t expect your loved one to be a mind-reader. It probably won’t work out the way you want it to, and it isn’t fair to them. You can keep some thoughts to yourself, but when it comes to your significant other, be an open book.

If you’re having a hard time connecting with your significant other, try to put yourself in their shoes to figure out what might be causing the disconnect. She may have had a long day at the office and simply wants to enjoy a little silence (See No. 1). If you try to think like they do, and vice-versa, then you’ll both find communication easier to do and you’ll get more out of it.

What are some communication tips that have worked for you? Share yours in the comments section!