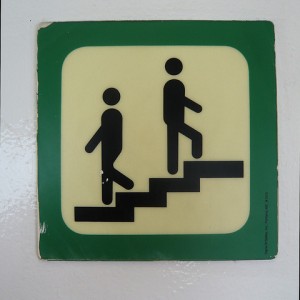 Kim Kardashian once got a divorce after 72 days of marriage. Unfortunately, her story is not uncommon. Too often, people willy nilly enter into marriage, and they’re not prepared to do the work or to react to unexpected issues that may arise after they say, “I do.” AskReddit recently covered this topic in a rather interesting thread. Here were some of the best responses.

1. “I went through with the wedding because I loved her, obviously, and I thought she loved me. I mean, she ‘proposed’ to me, albeit in a messed up way: She guilt tripped me into proposing. (Yep, I’m an idiot.) What happened after we married? She became a different person. She was never home when I was and always with friends. She stopped paying rent and other bills. I had to pick up the slack. She got ‘mugged’ so I gave her my credit card so she could get necessities like gas and then she goes and spends thousands on irrelevant junk. When she left me, she keyed my car and told me she had met a guy at a bar a while back. We were together for over eight years before we married and all that happened just a few months in. I shouldn’t feel loss after she left me, but it still hurts a year later.”

2. “Long story short: she started loving someone else. That was the worst 90 days of my life.

3. “My ex-husband thought that our marriage certificate gave him license to treat me like property and do whatever he wanted. He blatantly disregarded my feelings because I was ‘stuck’ with him. Wrong. It was definitely a s****y situation, but I learned a lot. Like, if a guy stalks you and sabotages your PC in order to get a date, he’s probably not fit for dating. (I was 18 at the time, what can I say…)”

4. “Our problem was an underlying incompatibility that I wasn’t fully aware of until later. I’m not overly affectionate and she very much needed that. Every time our relationship would get to a point where she was ready to make a split, we’d cross another milestone (saying ‘I love you,’ moving in, getting engaged, getting married) and she’d be back on cloud 9 without a worry in the world. I didn’t know about this roller coaster she was on until it was far too late. By the time we separated and sought counseling she was already checked out. She unintentionally gave me a dose of my own medicine by not being responsive to communication or intimacy.”

5. “I was married for almost eight months. We were together for three years or so beforehand. I was going through a lot of problems in my own little world (my close friend/boss of four years dying, my parents splitting up) and we were paying for everything ourselves. I told myself things were wacky because we were both under tons of stress. She lost her job two months after the wedding and refused to look for other work (before, she was making almost twice as much as me per hour). So there I was, trying to support us on $8.75/hour. She always drank a lot, but she started drinking even more. She got mean and nasty and everything just spiraled out of control. She just moved out in April.”