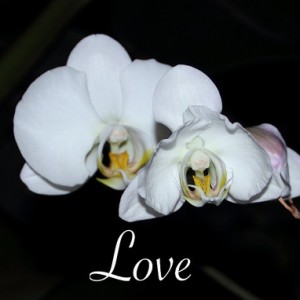 As an online divorce site, we too often hear nothing but the bad side of relationships. It’s understandable given that we have a number of online divorce reviews detailing the varying levels of quality among forms sites and attorney referral services, but it’s still nice to hear when relationships go well. These stories from Reddit remind us how good couples are able to improve each other day-by-day.

1. “She learned how to cook. When we met she lived off of frozen pizzas and pop tarts, and couldn’t cook anything but eggs. Now we make everything ranging from roasts, sushi, mexican food, stir fry, barbeque, to baked pastas, and many other things. She’s become a true foodie.”

2. “My SO never did well in school before we met – she had a .3 GPA in her first year of college. When we met she was taking a year off.

“After we started dating she signed up for classes again and started doing much better, after 3 years together she had a 3.9 in-major GPA and graduated with a degree in Civil Engineering (she also has a really good job now).

“She has always been smart (mathlete, debate team in middle school, etc.) but stopped believing it at some point in her teens. Also her past boyfriends (college football player and pro skier) didn’t think school was that important so I guess she thought it wasn’t cool to try hard in school or whatever.

“She didn’t tell me she had struggled in school before we met until after we had been dating for about two years, and I don’t know how us being together helped her improve/feel smart, but her success is one of the things I’m most proud of.

“And she’s made me a happier person than I was before – I used to use external accomplishments as validation for why I should be happy… but never really felt happy. She helped me figure out that I could just be happy with how things are no matter what I’ve accomplished or failed at recently. It’s cool.”

3. “We both became sober together.”

4. “We’ve changed each other a lot. She used to be very afraid of sex, and is now a very sexual creature. She is more even tempered, less afraid of things in general, more self aware, and more confident. I have more social skills and am better able to read body language. I’m much less aggressive than I used to be, and a fair bit more confident.”

5. “He has wanted to become more successful for our future- get his associates degree, a better job, etc. He also communicates a lot better now than he use to. He has made me learn to not run away from my problems and actually face them.”

7. “He was I guess you could say a bad boy. He had been to jail a few times and he really wanted to be with me but I couldn’t bring myself to be with someone who wasn’t going anywhere in life. Now he has finished his GED and enrolling in community college. I’m proud of him.”

Think back to some of your most positive relationship memories? How did they make you the person you are today?