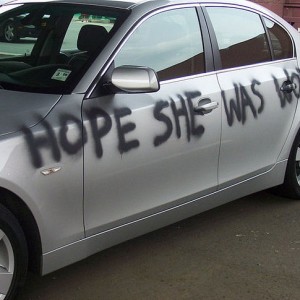 As an online divorce review site, we see a lot of clients who find their way here because they’re married to a cheater. One surprising thing about this, however, is the fact that most come here well after they’ve found out about their spouses’ affairs. In other words, the first instinct of many is to stay and try to work it out. While we would never attack the nobility behind such a decision — especially when kids are involved and you’re concerned about what divorce will do to them — we’re not going to say staying is the best idea either. In fact, here are four reasons why you should go ahead and cut ties with a cheater right away.

Trust is so important to the success of any relationship, and once your spouse has cheated, you’ll always know they’re capable of doing it again, no matter how hard they try to prove otherwise.

2. It turns you into a person you’ll hate.

Before the affair, you may have been the kind and trusting sort. After the affair — emotional, physical, or both — you’ll become obsessed with their behaviors. While you may not have been the person to snoop through a cellphone’s text messages before, now you’ll feel the urge to do it at every turn. Being cheated on tempts you into becoming a spy, and that’s an awful way to live.

3. It messes up your children.

Children are like sponges. They soak up whatever they see Mom and Dad do. Ultimately how you handle being cheated on will play a huge role in how they are in their relationships as well as how much respect they have for you. For example, your children may not respect you for staying with a philanderer, or they may think you’re the strongest, most no-nonsense person in the world and want to emulate that.

If you’ve been married for a while, then you might be hesitant to divorce once you’ve found out about the affair, but take it from someone who’s been where you are — it isn’t nearly as scary as you think it’s going to be. In fact, it’s liberating to not have to worry about what the other person is doing, and it’s a thrill to be able to focus on yourself again with a clean conscience.

You may not be ready to take that divorce step just yet, but don’t let yourself be played either. You’re worth a heck of a lot more than to have to put up with it. If your spouse wants to get their act together and fight to win you back, that’s their thing. Yours should be moving forward with the best life possible.